When I was in elementary school, I was a Girl Scout. You know, a green skirt, white collar shirt, and a green vest showing off every badge I had received. I tried to earn every badge I could and I was a very determined scout. In the fall of the sixth grade, I participated in a bake-off competition, and for my entry, I chose my mother’s delicious chocolate cake. 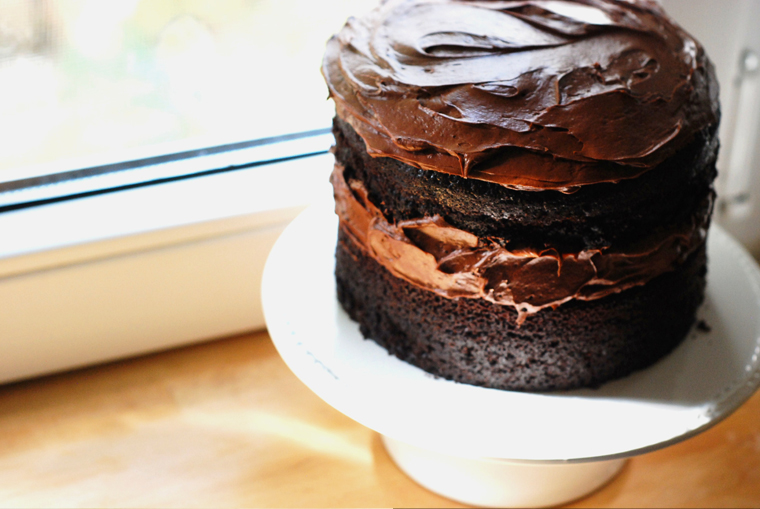 My mom is a great cook, some of my favorite dishes she makes are chicken and dumplings, brownies, apple bread, banana bread, and of course, her fluffy chocolate cake with chocolate frosting. As a kid I loved chocolate, and I couldn’t get enough of it. I had never baked a cake before, but for some reason this seemed to me like as good a time as any to try it. She had arranged all of the ingredients, measuring cups, spoons, and a big yellow ceramic mixing bowl on the counter in preparation. The first step to prepare my entry was to write out the recipe on 4×6 index cards alongside my name, troop number and the name of my recipe (Scratch Cake Section: Chocolate Cake). That step complete, it was time to get down to making the cake. I was an independent child, and even though I refused any help, my mom watched over me from across the kitchen as I was adding a cup of this, a measured teaspoon of that, carefully cracked the eggs, until I had poured the batter into the cake pans, when she stepped in to help me put them into the hot oven. The timer set, I had nothing to do but wait, sitting in front of the oven licking the left over batter from the mixing bowl as I watched my first cake start to rise. Just when I thought they had filled the pans nicely and would stop rising, they continued, seeming to foam as if there were a chocolate volcano erupting in our oven! The batter was flowing everywhere, overflowing the pans and dripping down to the floor of the oven, releasing clouds of steam. Fighting back tears, I ran to get my mom. The look on her face when she looked into the oven said it all, she was shocked to see the mess I had made, but immediately reassured me that we could fix it. She asked me to recite the steps I had taken as if I were making another cake. I told her “2 cups of sugar, 3/4 cup of Hershey’s cocoa, 1 1/2 teaspoon of baking soda, 1 1/2 teaspoons of baking powder…” I stopped there. I knew immediately what I had done wrong. Instead of 1 1/2 teaspoons of baking soda, and 1 1/2 teaspoons of baking powder, I had used 1 1/2 tablespoons. The abbreviations Tbsp and tsp were still new to me, and I didn’t appreciate what a difference such small things could make. 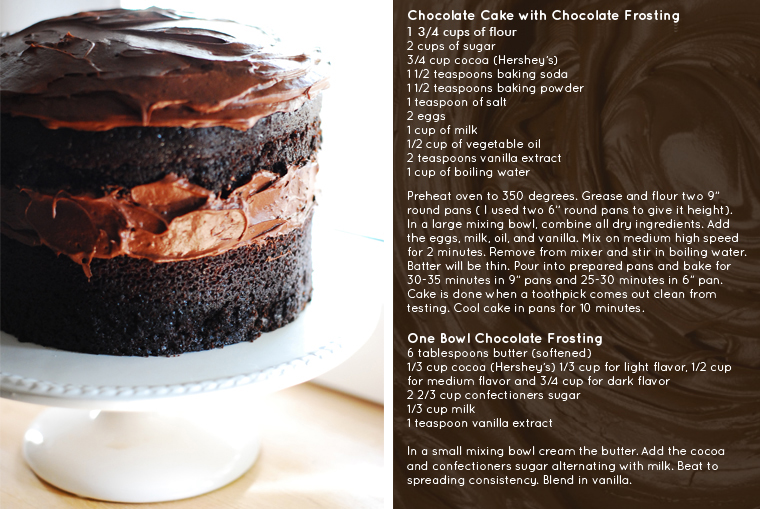 Still fighting back the tears, she comforted me and said “there’s no need to be upset, we can clean it up and start over.” Despite the sticky, smokey mess in the oven, we weren’t giving up. I washed the dishes as she scraped out the oven, and we started again. This time, I followed the recipe more closely, no mistakes. I made the fluffy frosting as the new cakes were baking, again licking the beaters to test it.  When the cakes had finished baking and cooling on the counter, I laid the first layer onto a platter, spreading the top with a thick layer of frosting, added the second layer, and with a bit of help, finished frosting it until a finished cake stood before me, covered with those thick swirls from the spatula in the frosting. The cake looked fantastic, and it was all I could do to resist swiping the frosting with my finger. The next morning, we took the cake to the bake-off entry table where we were told to return in four hours. The anticipation was a lot for me, considering the trials of the night before. When it was finally time, we returned to the judging table and there was my cake, with a big, blue 1st place ribbon next to my cake! I couldn’t believe it. Mom looked at me and told me “Great job, I knew you could do it!” And even though she had saved me with her patience and reassurance, I was proud of that cake, of what I had accomplished because I didn’t give up.