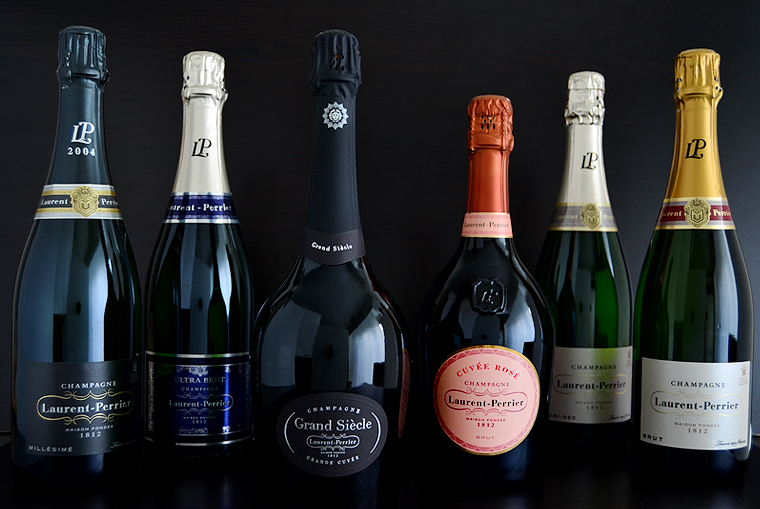 Perhaps nothing in the whole of human history has been so closely associated with love, romance, and celebration as Champagne. But it’s not just bubbles that create the magic; sparkling wines come from all over the winemaking world, and many of them are quite good. What truly makes sparkling wine Champagne is not only that it’s produced in the Champagne region it’s the terroir.

Literally translated, terroir refers to the land and the soil. But its so much more than just soil composition and climate; its centuries of history, tradition, and most of all the people who elevate the crafting of bubbly wine to an art form. Tucked away in the heart of the Champagne region, Tours sur Marne is a scenic village where the masters of Laurent Perrier quietly craft legendary, world-class Champagnes just 45 minutes outside Paris. 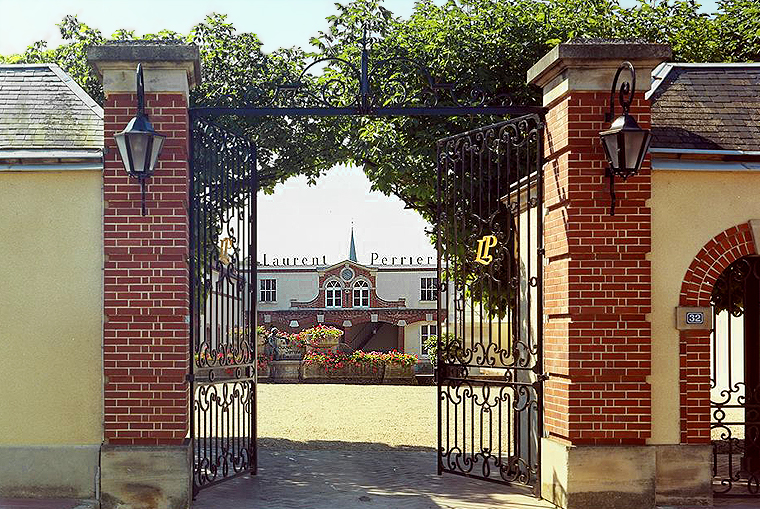 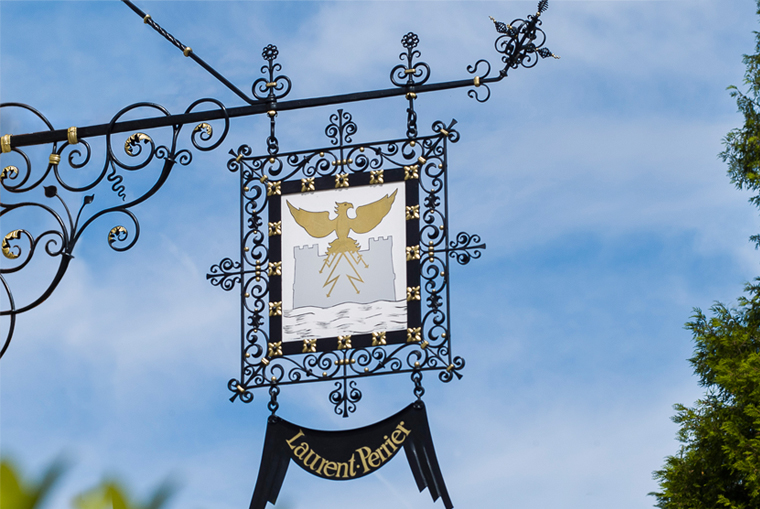 Laurent Perrier was established in 1812, and in the course of 202 years has become one of the most distinguished family-owned Champagne houses in France. It began when a former cooper and bottler by the name of Alphonse Pierlot purchased two parcels of land named “Plaisances” and “La Tour Glorieux” in Tours-sur-Marne. Pierlot later willed his company to a cellar master, Eugene Laurent who ran it together with his wife Mathilde Emilie Perrier. After Eugene died in 1887 his widow Mathilde took control and attached her name to the company changing it to Veuve Laurent-Perrier (veuve meaning widow). Mathilde lead the company to great success producing 50,000 cases of champagne. This success was short-lived, due to the outbreak of World War I and the disruption it brought to all of France and French business. Following this catastrophe, Veuve Mathilde hired Alexander Fletcher Keith Mackenzie to introduce and market Laurent-Perrier in the United Kingdom. In 1925 Veuve Mathilde died, leaving the company to Eugenie Hortense Laurent. 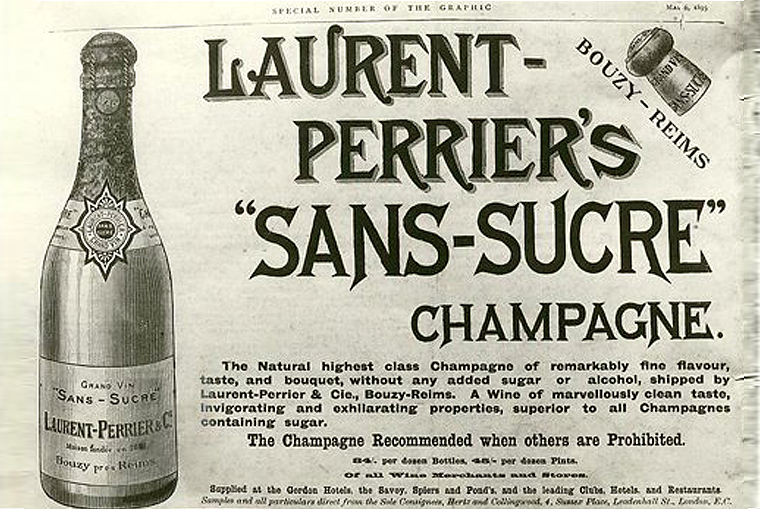 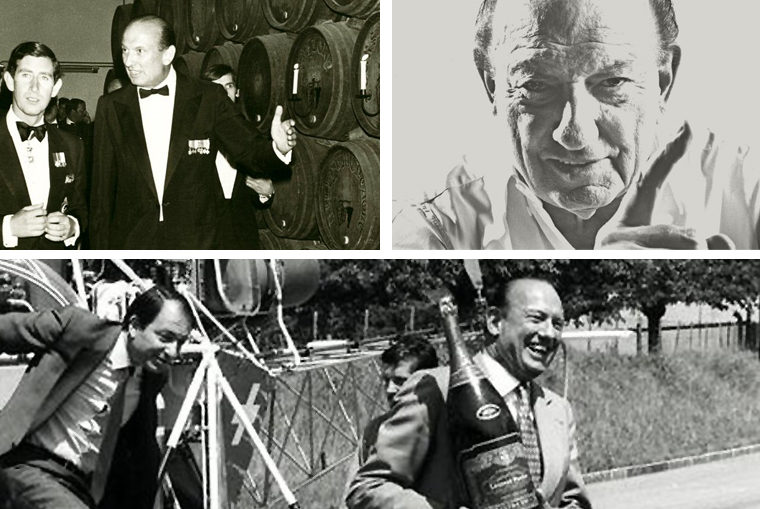 Due to the setbacks from World War I and the imminent outbreak of World War II, Eugenie sold the company to Mary-Louise Lanson de Nonancourt in 1939. Marie-Louise invested all she could in the company, keeping it afloat through the turmoil of war, at one point mortgaging 1,000 cases of Champagne she had hidden behind a wall. Her eldest son, Maurice, died during the war in the concentration camp at Oranienburg leaving his younger brother, Bernard de Nonancourt, as the heir apparent. Upon Bernard’s return from war, his mother set about educating him on every aspect of Champagne making at the Houses of Lanson and Delamotte. In 1949 Bernard de Nonancourt became the owner of the company and saw it become one of the largest family-owned Champagne houses. The de Nonancourt family still retains majority ownership of the company to this day.

During the Second World War many French winemakers hid their finest wines behind cellar walls. Madame de Nonancourt, Bernard’s mother, was a devoted Catholic and so placed a statue of the Virgin Mary behind the wall along with the wines. According to legend, as she did so she declared, “If you take good care of my wines, I shall be very pleased, but if you do not, I will break you.” As fate would have it, she didn’t break the Virgin Mary, and all of the wines survived. 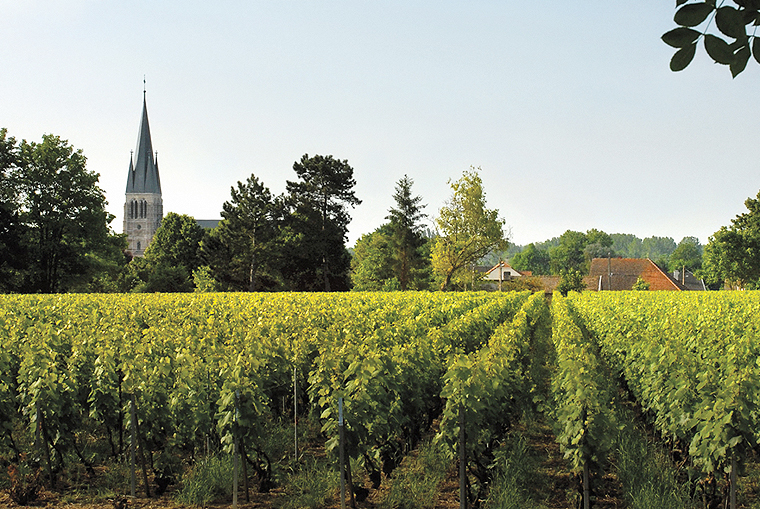 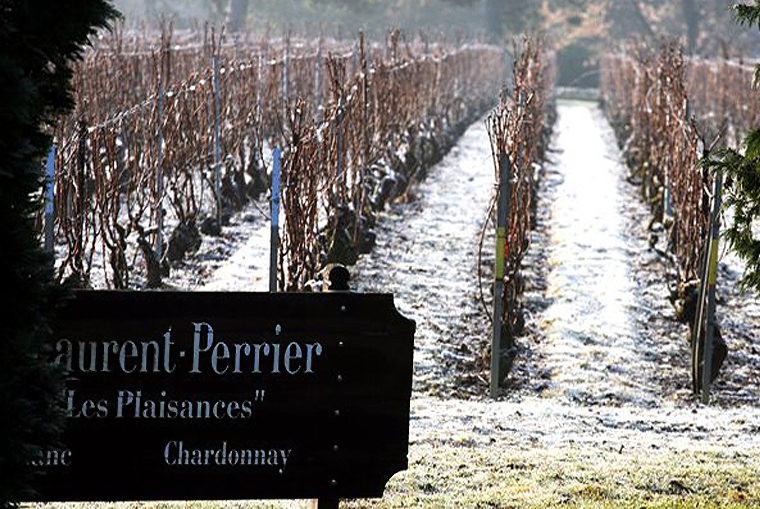 Another legendary story was that of Bernard de Nonancourt. Bernard’s military troop was sent out to Germany to Hitler’s lair, the Eagles Nest. This area was still untouched when they arrived, and Bernard’s troop climbed the mountain to see what was inside. He and his crew blew the cellar doors open, and because Bernard knew champagnes and wines, he recognized bottles that had been confiscated by the Germans from a place that Bernard had once worked. There were far too many bottles for the troops to carry down the mountain so the only way to transport them was on stretchers provided by the medical units and when more were needed, they used their tents. “Knowing the French, those bottles didn’t last long at all” says Laurent Perrier Brand Ambassador Nicole Snozzi with a laugh. Shortly afterward the Americans arrived and were upset to see that the French troops had flown the French flag above the Eagles Nest. They promptly requested that the French flag be removed, to which the French troops responded ‘no problem’ because they had already recovered the bottles of wine and Champagne from the cellar. The French troops gladly shared their treasure with the Americans; these were not just wines, but rare wines and highly prized Champagnes were shared and even poured into canteens, improving moods and troop morale.

The Champagne region encompasses over 35,000 acres of vineyards, which are scattered throughout the region and extend nearly as far as Burgundy. According to French law, the winegrowers are restricted in their production to promote investment in quality over quantity, and the soils across the region range from very chalky and almost white, to much less so.

When one visits Laurent Perrier you will first be greeted by a fountain featuring a statue of a little boy peeing, with a sign that reads “Ne Buvez Jamais d’Eau” or “Don’t Drink the Water”. With so much Champagne about, this is sound advice. 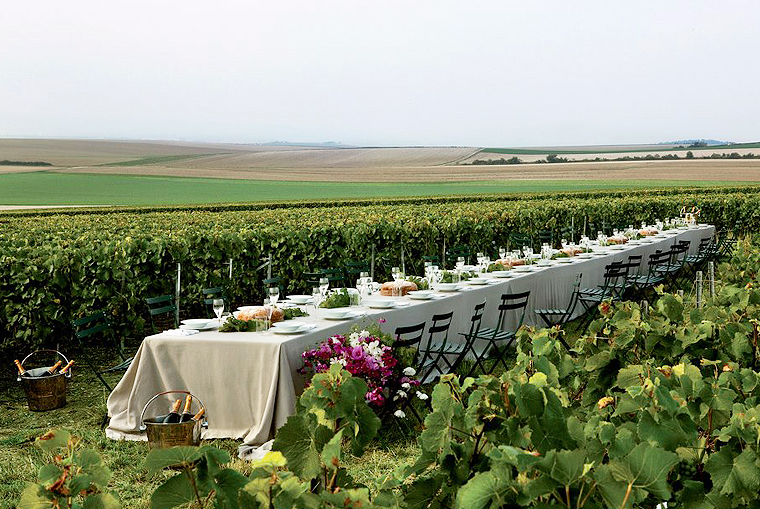 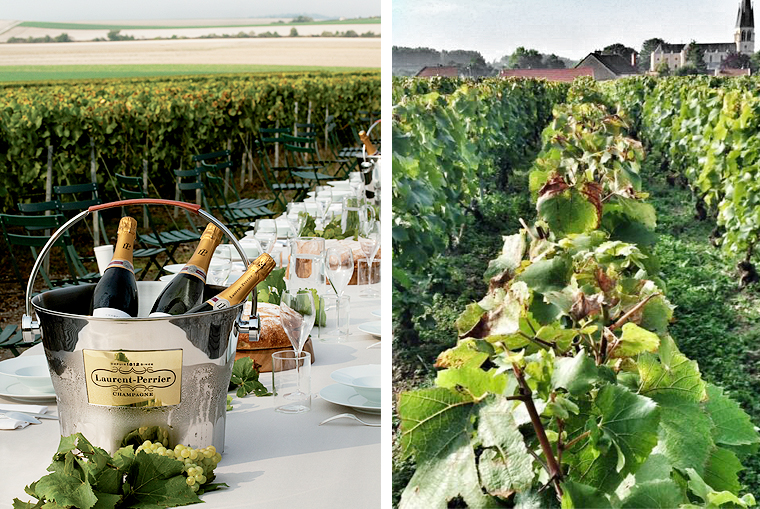 The underground cellars of Laurent Perrier flow more than 10 kilometers, in which over 25 million bottles Champagne are gently aging, which is a 4 or 5 year supply. These cellars are centuries old and contrast starkly with the sleek stainless steel tanks of the modern era. Laurent Perrier was one of the first houses to switch to all stainless steel in the 1950’s, which they believe contributes to the fresh and pure style of Champagnes they are known for. These tanks don’t just hold fermenting wine, they are also used to produce the most prestigious cuvée, the Grand Siècle or ‘great year’, which under Bernard de Nonancourt’s leadership was introduced in 1959, its label marked with a silver nameplate. At the end of a long hallway lined with sleek stainless steel tanks lies an elegant, modern tasting room. 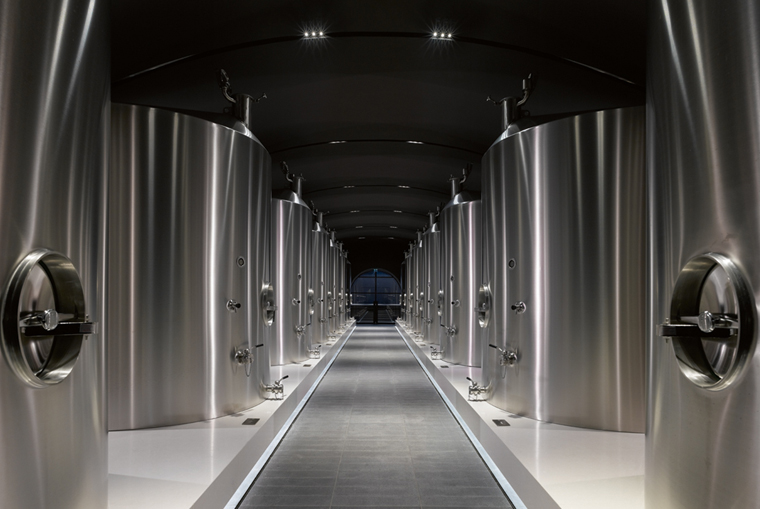 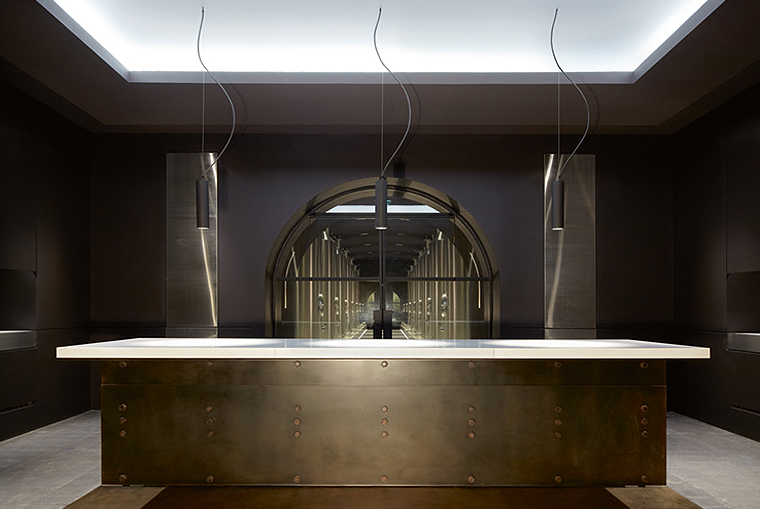 To this day workers carefully twist each bottle by hand in a process known as disgorging. This technique disturbs the yeast sediment and produces the finest bubbles. This process is repeated up to four years for some of the Champagnes, and Laurent-Perrier has developed an enviable reputation for its consistent wines, blended with great intelligence by one of the Champagne region’s most outstanding Chefs de Caves, Michel Fauconnet. 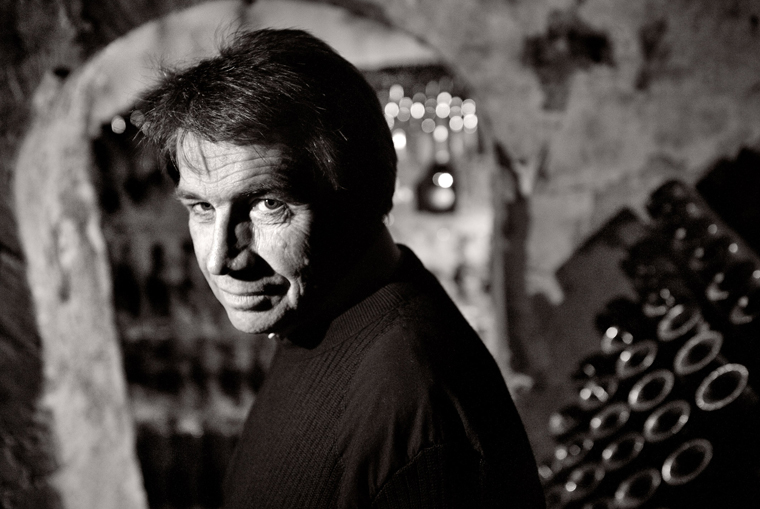 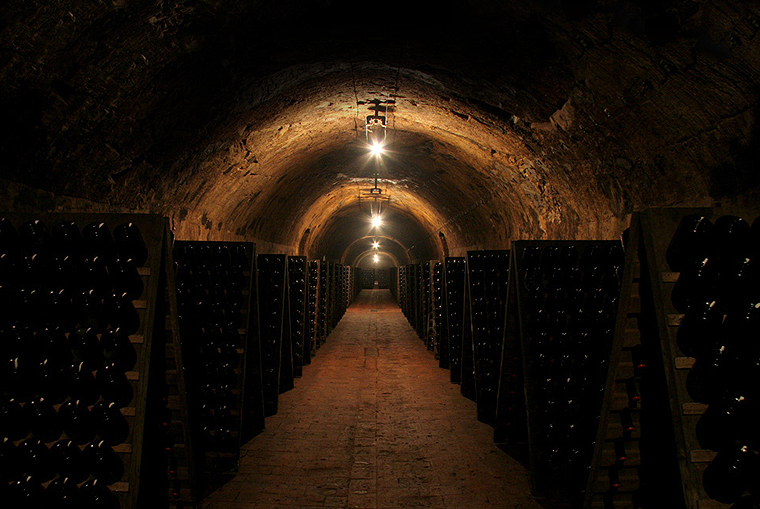 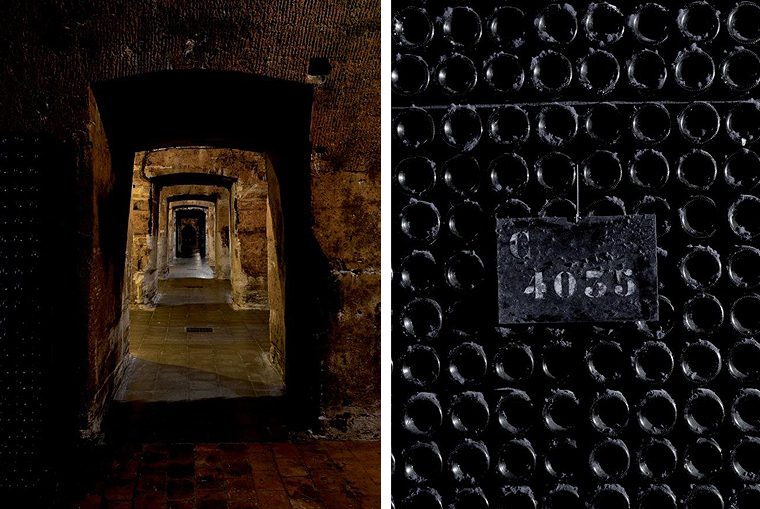 Photos: A mixture of mine and courtesy of Laurent Perrier Champagne