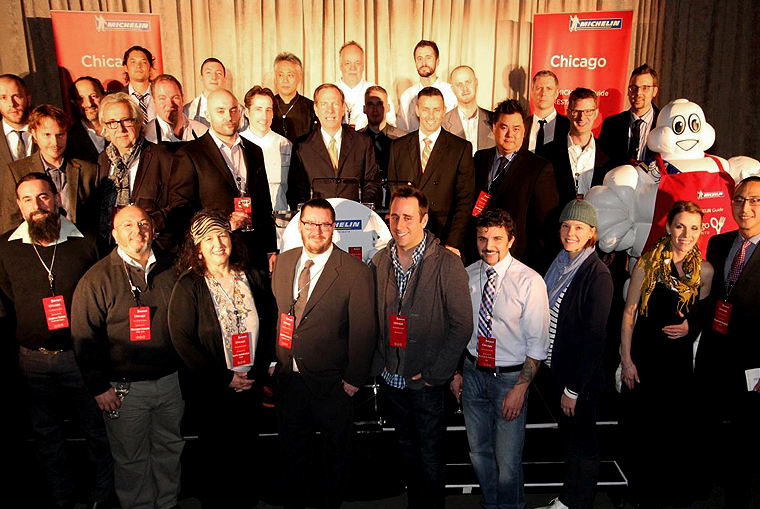 To most of us, the stars stand motionless in the heavens; beyond reach and imagination, we struggle to grasp the enormity of the universe and to understand our place in it. But for some the stars are more than mere points of light, they are shifting constellations of genius, and those of us lucky enough to witness the birth of these stars stand in awe of their brilliance. I’m talking of course about the Michelin stars and the chefs who pour their hearts and souls into every single plate, every single day, never knowing when a Michelin judge will walk into their restaurants. 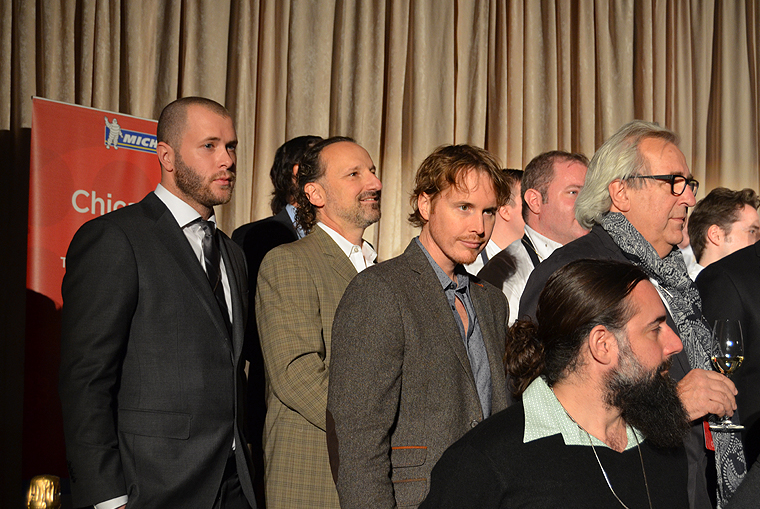 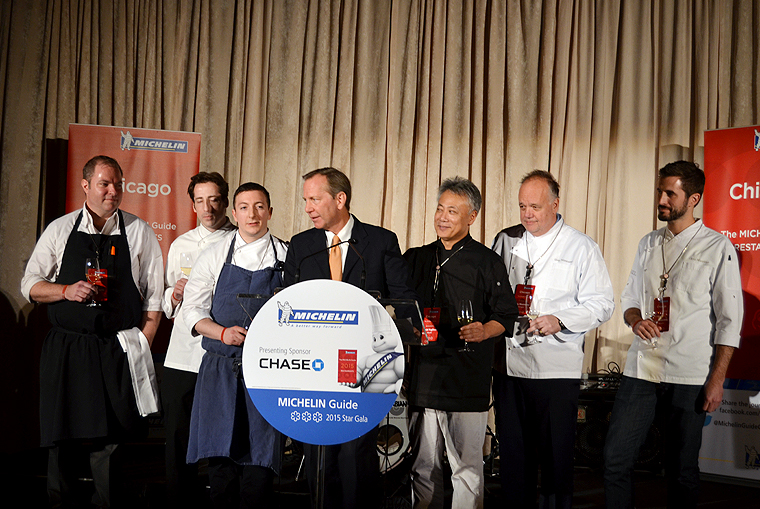 Last week, I had the honor of attending the Michelin Guide 2015 Star Gala and mingling with this year’s winners. The evening was kicked off by a very rare Champagne Master Tasting by Laurent-Perrier, featuring five labels that included the very limited Les Réserves Grand Siècle, of which only 36 bottles remain. I enjoyed tasting the work of five different Michelin-starred chefs, each presenting a signature dish from their restaurant. 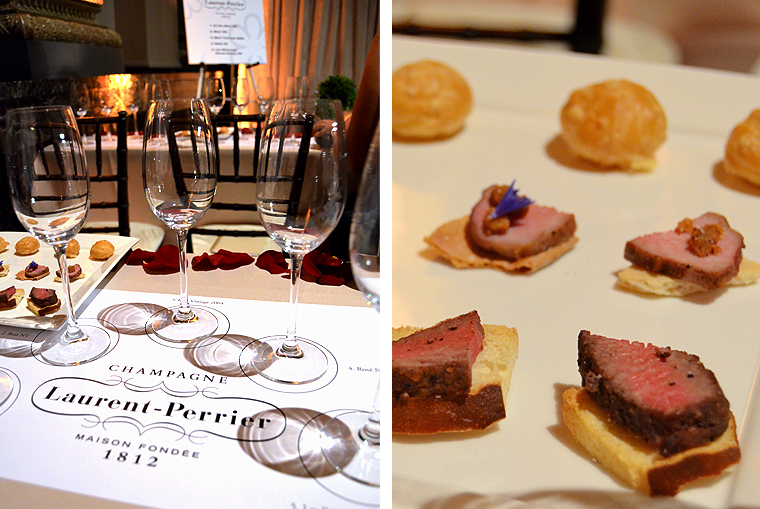 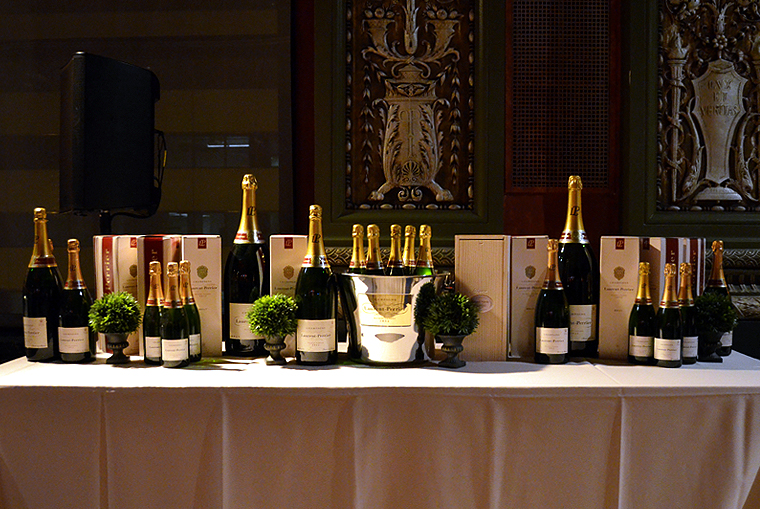 As a special treat, I had the pleasure in cooking together with Spiaggia’s Executive Chef/Owner Tony Mantuano and Executive Chef Chris Marchino Sous Chef Todd Abboud. He taught me to cook and plate their signature dish of hand-rolled potato gnocchi with porcini mushrooms, browned butter, Parmigiano reggiano and black truffle. It was truly an honor to watch them work up-close and a great opportunity to show off my skill at handling a skillet. I hope they were impressed! 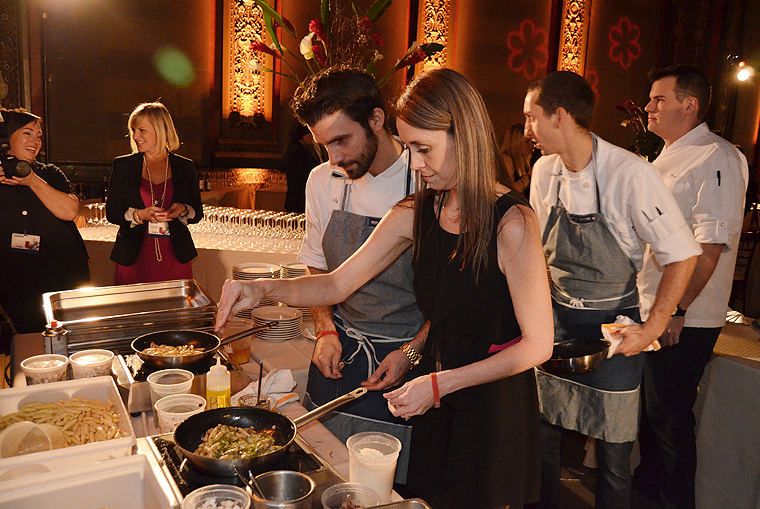 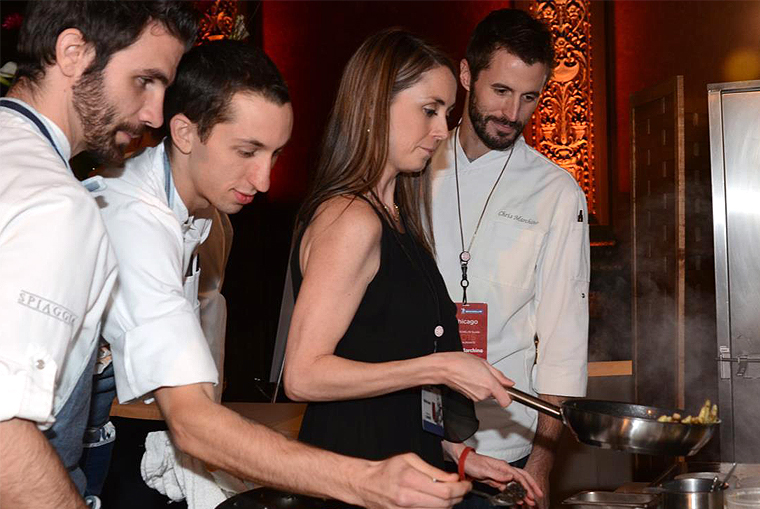 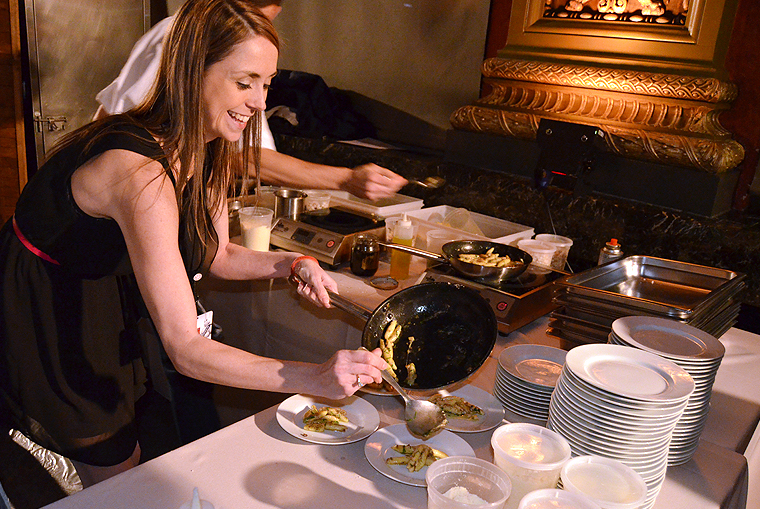 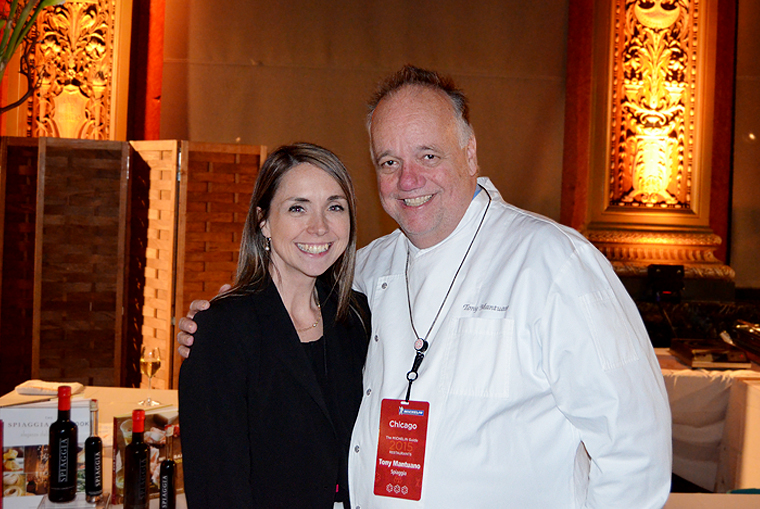 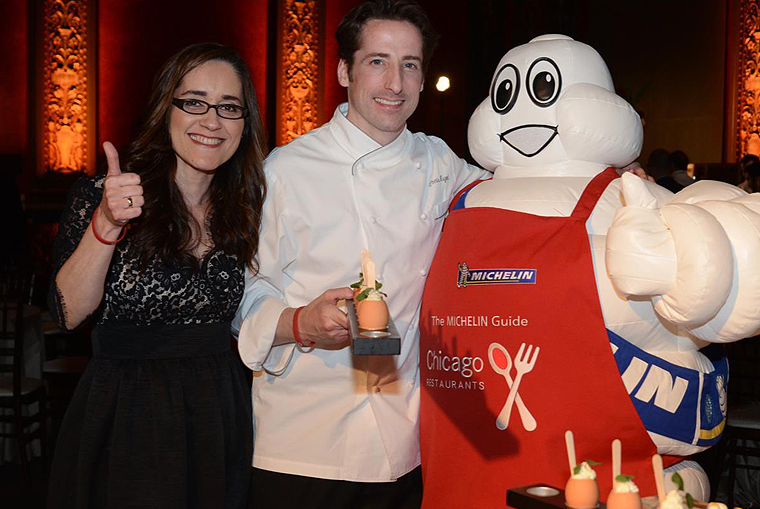 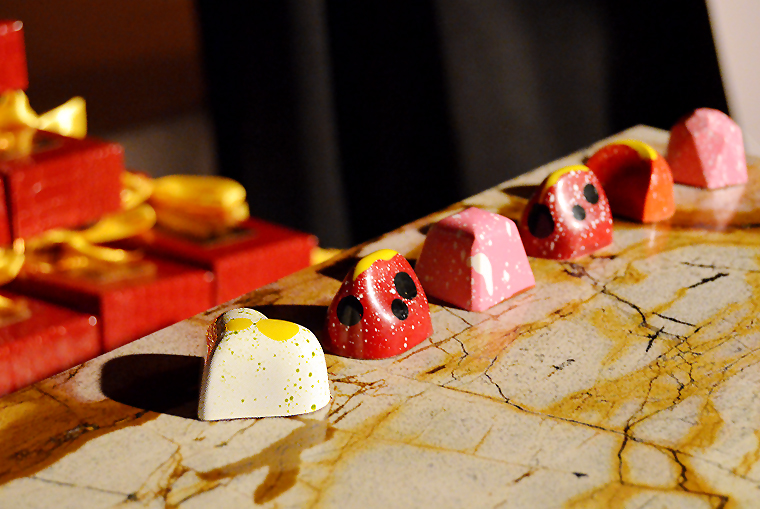 Takashi and The Slurping Turtle
Executive Chef Takashi Yagihashi and his team created a soy-caramel braised pork belly in a steamed bao. 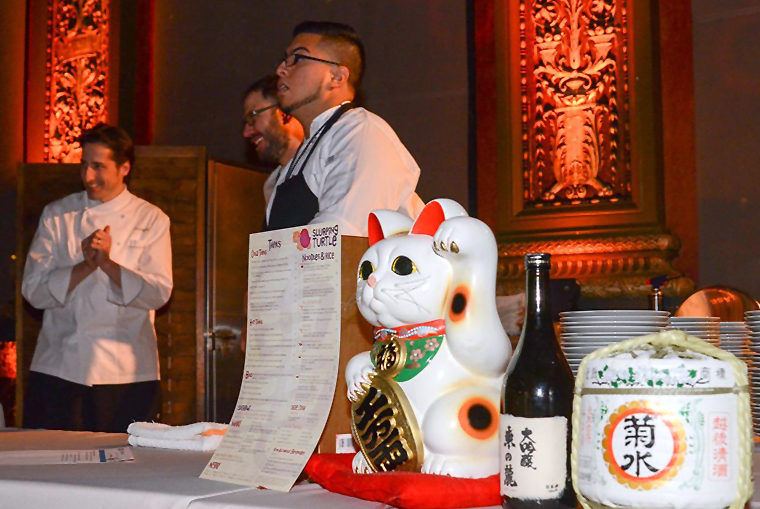 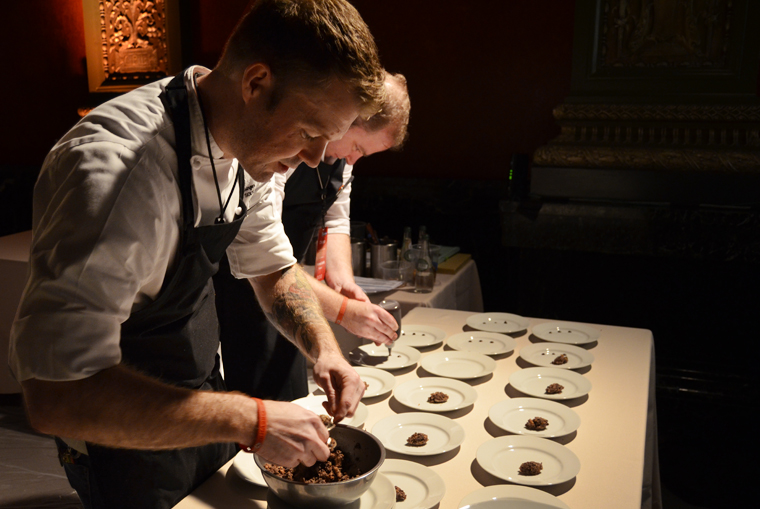 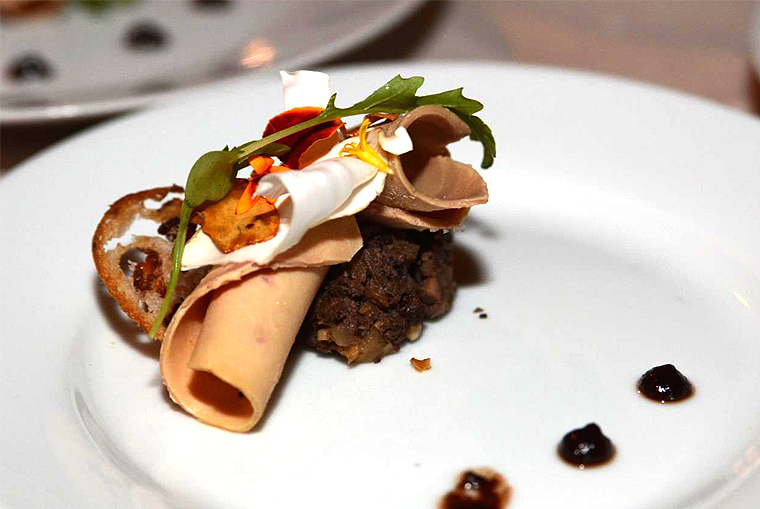 The Lobby at The Peninsula
Executive Chef Seth Moliterno and his team prepared a trout “chaud-froid” with cippolini, Brussels sprouts, pear, and hibiscus. 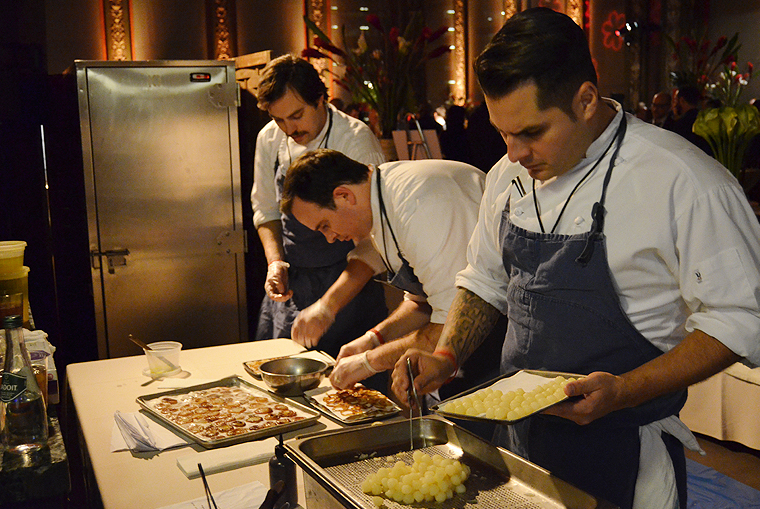 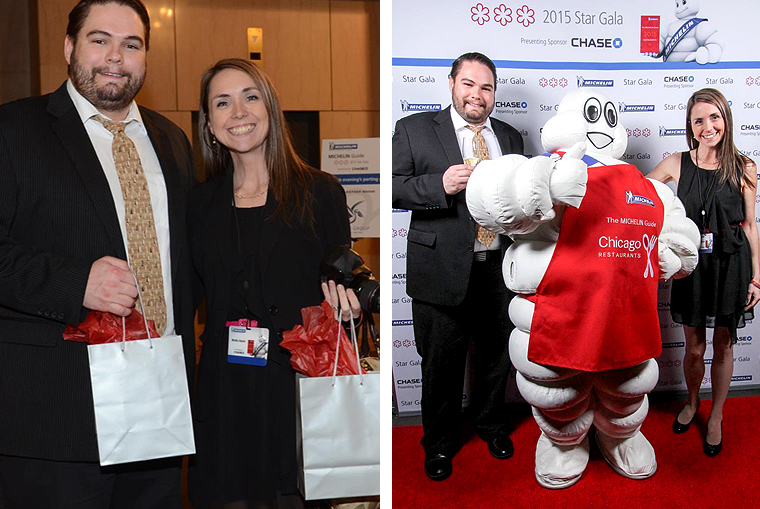 As you can see Jason and I had a wonderful time! Congratulations to all the chefs on their Michelin stars!