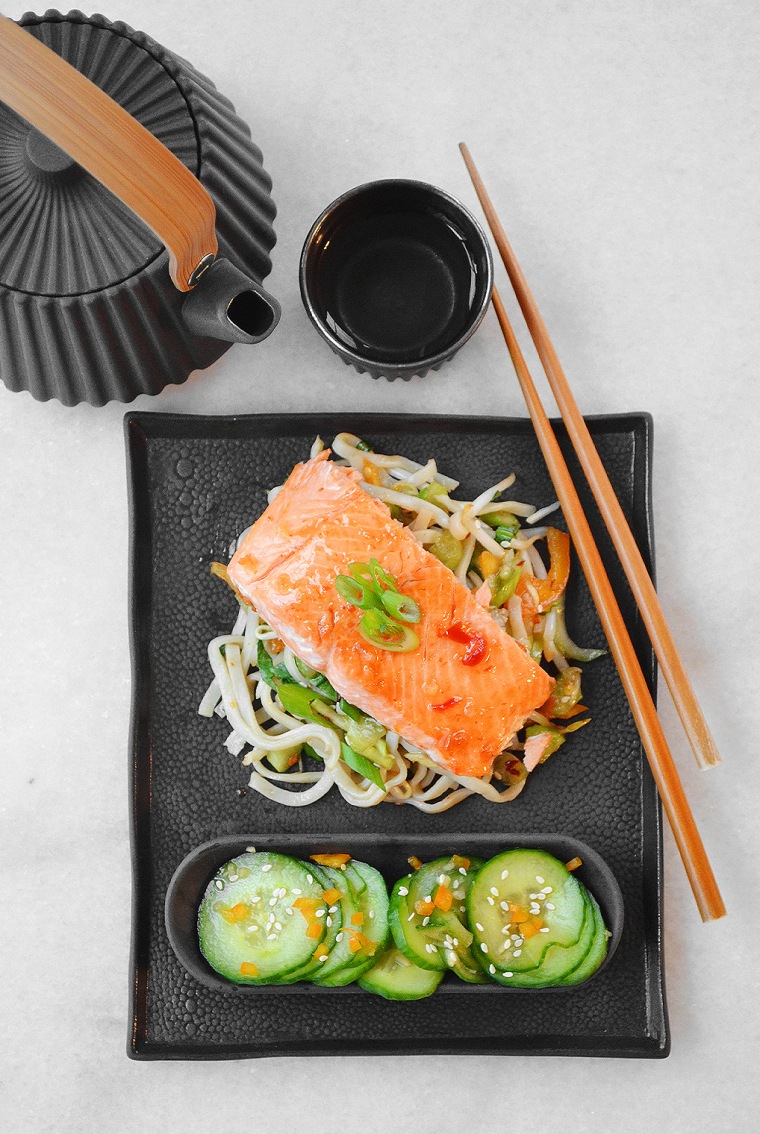 Living in the midwest, a full 800 miles from the nearest ocean, our seafood choices are still pretty decent though typically it has been a while since your dinner was pulled from the sea and has passed through a few hands, each of whom layer on additional markup. This doesn’t only result in higher prices for the consumer, but it also eats into the share that finds its way to the fishermen who caught it.

Sitka Salmon Shares is a subscription seafood delivery service which was founded in 2011 with a deep understanding of the importance of sustainable fishing, an appreciation for the families who harvest the fish, and the incomparable qualities of wild-caught Alaskan salmon. For more info on the service, scroll down to the section About Sitka Salmon Shares at the end of this post or visit them online at SitkaSalmonShares.com. 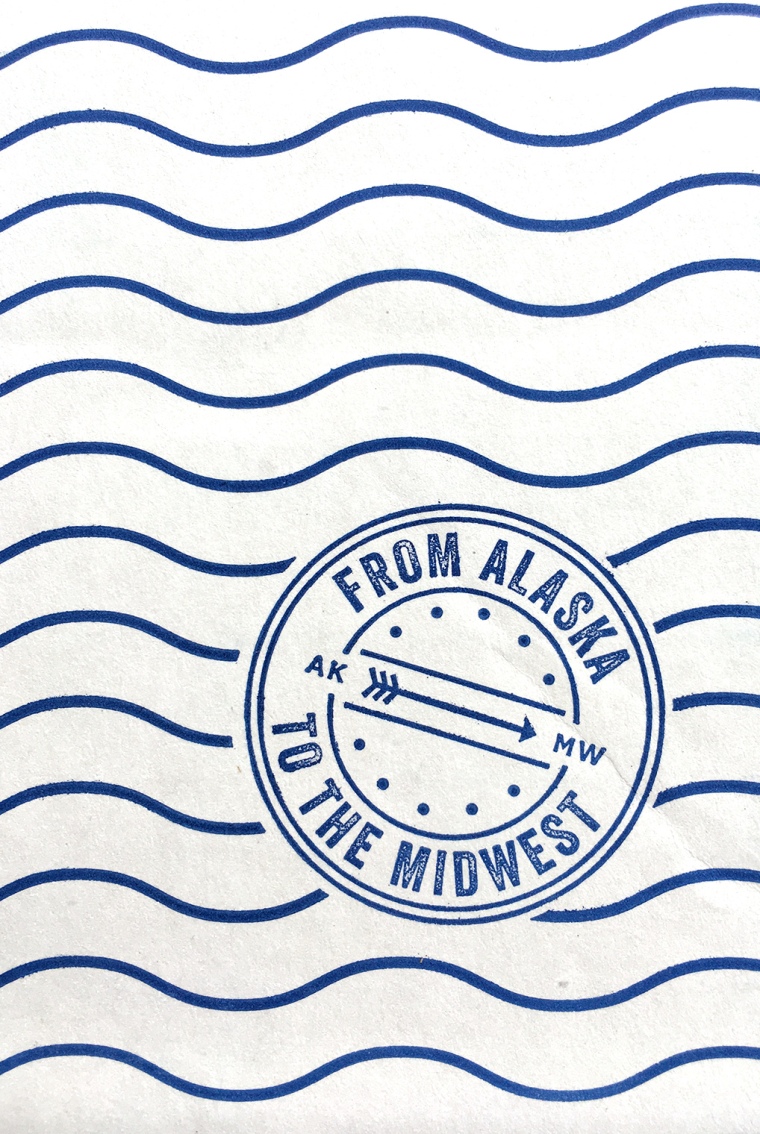 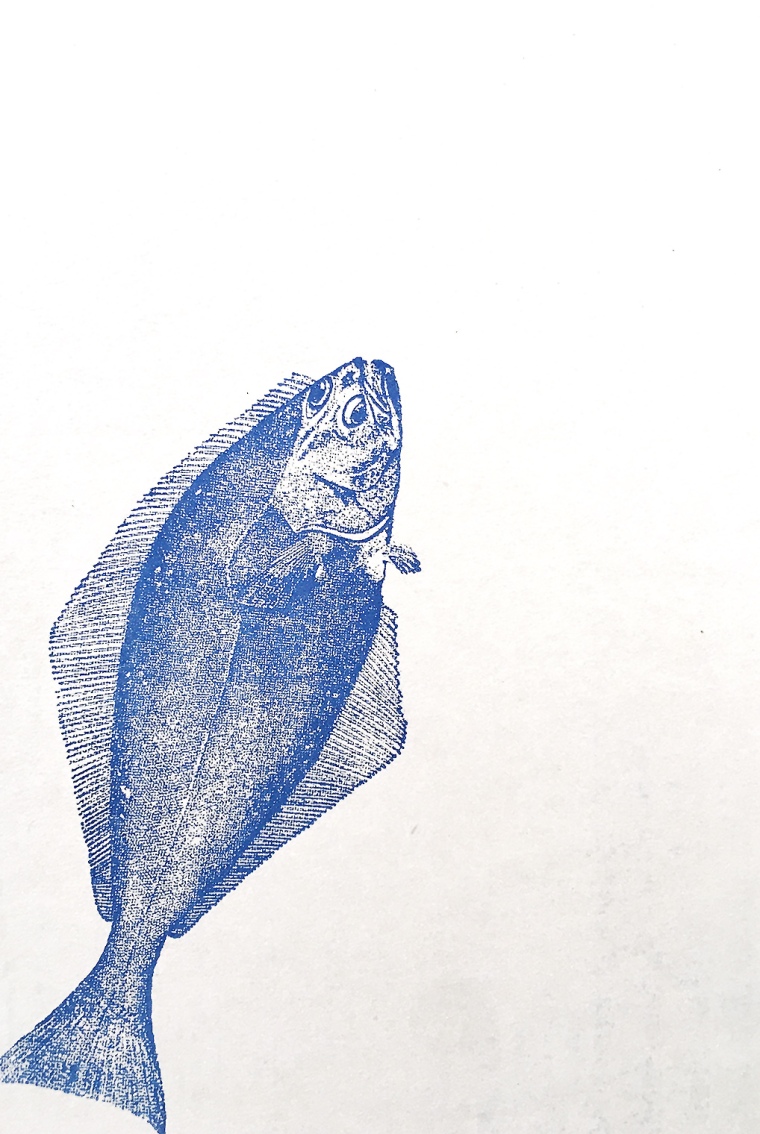 As I open the insulated shipping box, each fillet is individually vacuumed sealed to protect its freshness and natural color. I decided to pan sear this first piece with a Thai chili glaze, and serve it alongside rice noodles dressed in sesame oil and sunomono, Japanese cucumber salad. I usually sear salmon in ~4 oz. portions, but since this was such a gorgeous piece of fish, I decided to sear it whole and carefully slice it after cooking. This will create a contrast between the seared and glazed exterior and highlight the vibrant interior. 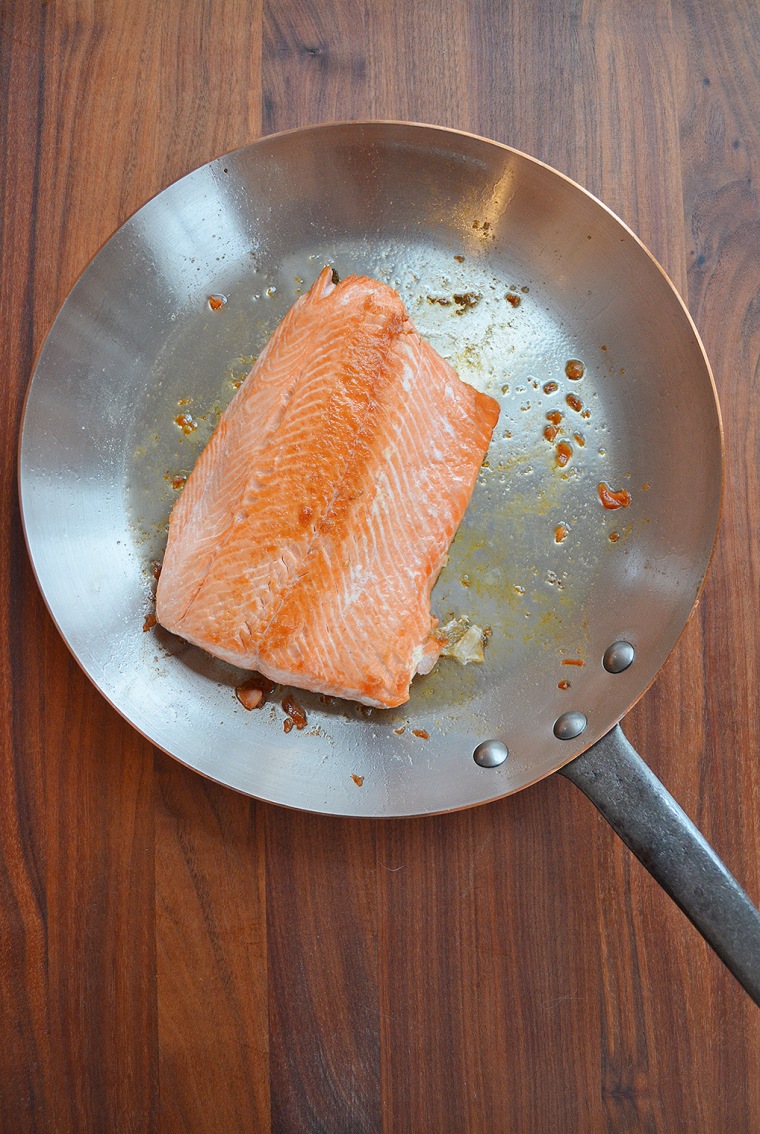 I start preparation by slicing all produce and measuring out additional components so that while the salmon is searing, I can easily cook and assemble the two side dishes. After prep is complete and before I heat my skillet, I carefully debone the fillet by gently feeling along its surface to locate the ends of the pin bones, then removing them with a pair of kitchen tweezers. 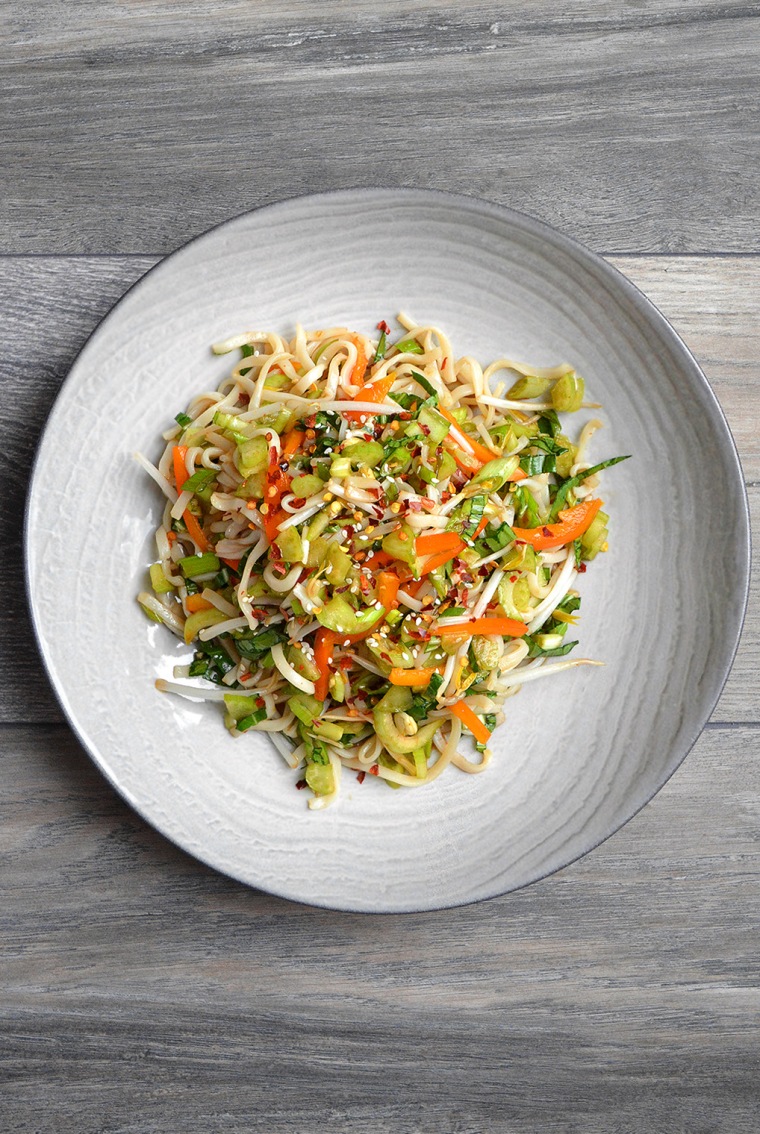 Pat the fillet dry with paper towels and season lightly on both sides with sea salt. Heat oil in a large skillet over medium heat until it starts to shimmer. Place the salmon skin-side down in the pan and cook for 4-6 minutes per side until just cooked through. If it sticks at first, let it cook a bit longer until it releases on its own. This will avoid pulling off the skin and shredding the flesh. Remove fillet from pan to a warmed plate and cover with foil. Prepare each plate with a heap of sesame noodles and a pinch of sesame seeds, then place a portion of salmon on top and garnish plate with cucumber salad.

Mix all ingredients for the sesame sauce together and set aside. Microwave rice noodles for one minute, combine noodles and vegetables in a bowl, and stir in the sauce to combine. Serve warm or cold.

Thinly slice cucumber and place aside in a medium bowl. In a small bowl, combine garlic, rice vinegar, soy sauce, sugar, and sesame oil and mix thoroughly with a fork. Immediately before serving, add the dressing to the cucumbers and stir to combine. If you dress the cucumber too early, the salt will draw all of their water out, spoiling its crisp texture and diluting the dressing.

About Sitka Salmon Shares:
Sitka Salmon began in 2011, when a Midwestern college professor, Nic, and his two students traveled to Sitka, Alaska, for the summer. There, they engaged in conversations that deepened their understanding of the importance of protecting Southeast Alaska’s wild salmon populations and the pristine environment that supports one of the world’s last great salmon reserves. They returned to the Midwest with boxes of line-caught, wild Alaskan salmon, harvested by their fisher friends in Sitka. While in Alaska, this band of merry Midwesterners met Marsh. Marsh was the self-styled foodie and passionate gourmand of Sitka’s hook-and-line salmon fleet. A local legend on the Sitka dinner party circuit, Marsh’s favorite pastime included sourcing ingredients from the wilds of Southeast Alaska and elevating them with techniques learned from stints in professional kitchens. As you might suspect, Marsh’s quest for perfect food spilled into his work as a commercial fisherman. He obsessively handled his fish every step of the way to guarantee that eaters on the other end of his line enjoyed the perfection he sought in his kitchen—including his family down in the proud town of Green Bay, Wisconsin. With a lot of passion and even more luck, Sitka Salmon Shares was born.

Sitka Salmon Shares is now a completely integrated boat-to-doorstep seafood company. They have a friendly group of fishermen-owners who deliver their fish. They have a small processing plant in Sitka, Alaska, where they custom-process their catch with a focus on quality and traceability. Once a fisherman’s harvest is delivered on ice to the plant, it must be processed swiftly to preserve the fresh, delicate taste and texture of premium seafood. There is no time wasted. The cutting line is the next stop at the plant – the fish must be preciously filleted, so no meat is wasted. Next, all fish are vacuum sealed, and then in the blast freezer. Did you know the average piece of “fresh” fish in the Midwest has been out of the water for around two weeks? This is why they prefer to freeze their fish as soon as possible rather than let their harvest sit on the boat, or on ice, for extended periods of time. The blast freezer pods hold at -45 – -50’F, racks of fresh fillets are spaced evenly on trays and blasted with circulating air, causing a wind-chill effect that rapidly freezes fish. This blast-freeze maintains the fish’s cell structure by preventing ice crystals from forming. This is why if you freeze it fast enough, and keep it frozen, you’ll have yourself a piece of fish preserved like the moment it was pulled from the water. Also, they have two Good-Fish Hubs in the Midwest (one in Illinois and the other in Wisconsin), which allow them to deliver their fishermen’s catch directly to your doorstep (or to your local farmers market or restaurant).

And on a final note, I love that every box includes the names of the fishermen who caught it. To me, it makes the whole experience that much more special to know who caught the fish on my plate.